Another successful presentation – Termovent SC at the Valve World EXPO 2018 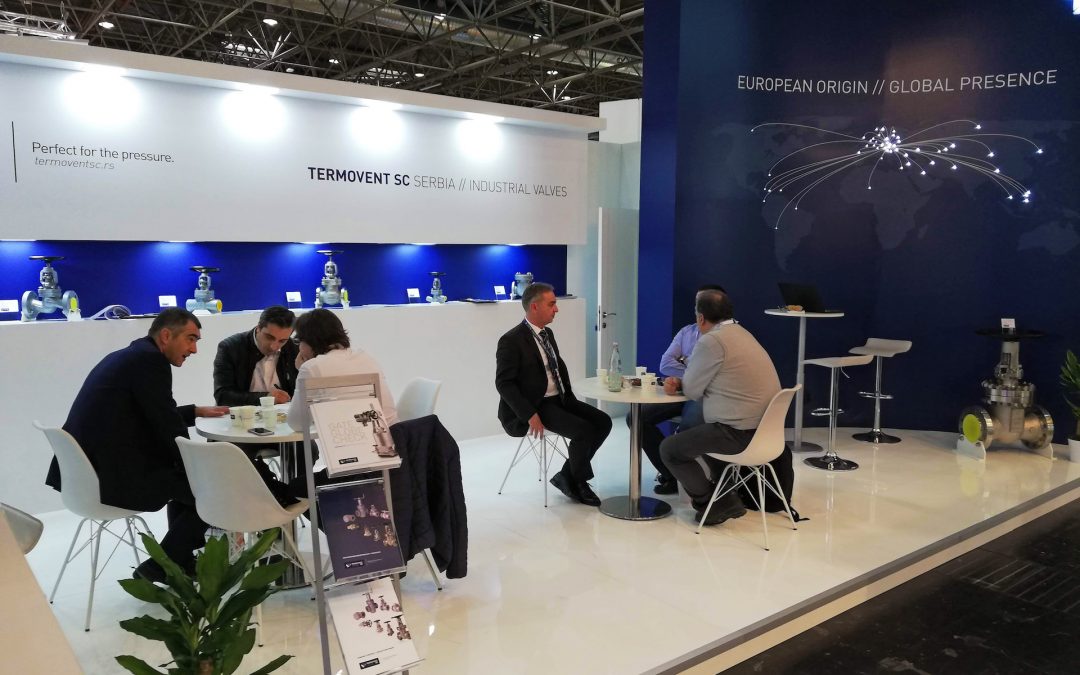 For the second time in a row, Termovent SC exhibited at this world’s largest exhibition of manufacturer of industrial valves, Valve World EXPO.

This year, presenting itself, Termovent SC was the only exhibitor from Serbia, and exhibited among 650 exhibitors from 40 countries who presented their production possibilities, was recognized as the most important producer in the Region.

During the three days of the fair, representatives of the company led by the General Manager, Mr Alexander Crnogorac held a large number of meetings with potential buyers, but also with long-time business partners and official distributors from Spain, Russia, Germany, Hungary, the Czech Republic, Bulgaria, Croatia, Sweden , Slovakia, Poland and other countries.

Our campaign slogan for this year’s appearance at VW2018 – European origin / Global presence – has fully justified the expectations, as the guests from 38 countries of the world visited us during the Fair.